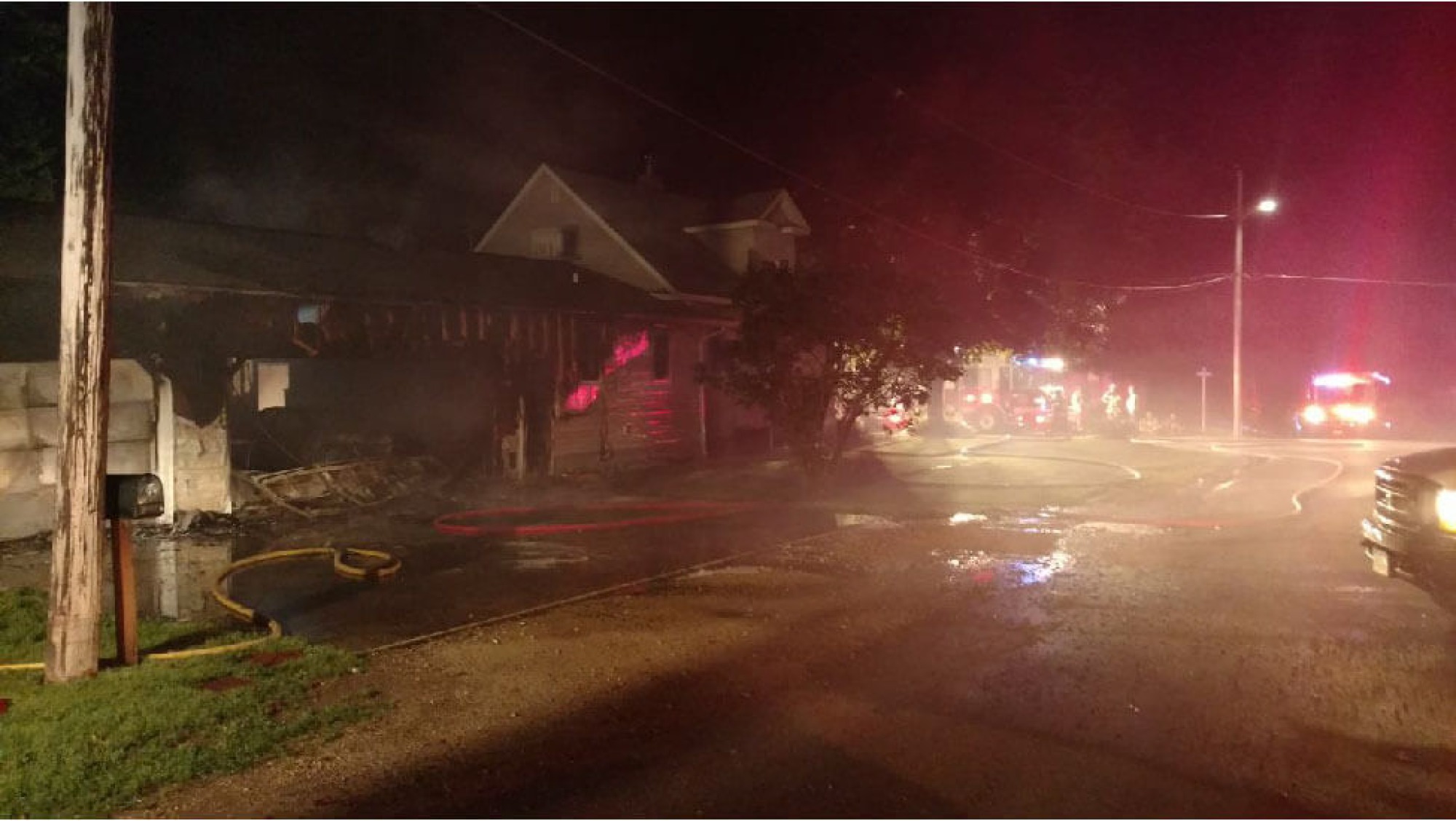 At 11:11 pm on July 3, 2017 dispatch received a 911 call of a garage fire at the corner of 2nd Avenue North and 3rd St. When the Worth County Sheriff’s Deputy arrived on the scene they found the fire had spread into the house. Northwood Volunteer Fire Department arrived on the scene shortly after and was able to extinguish the fire. The garage was destroyed and the house received some fire damage along with smoke and water damage. The Northwood Volunteer Fire Department and The Worth County Sheriff’s Office were on scene for about four hours. The cause of the fire is still under investigation.