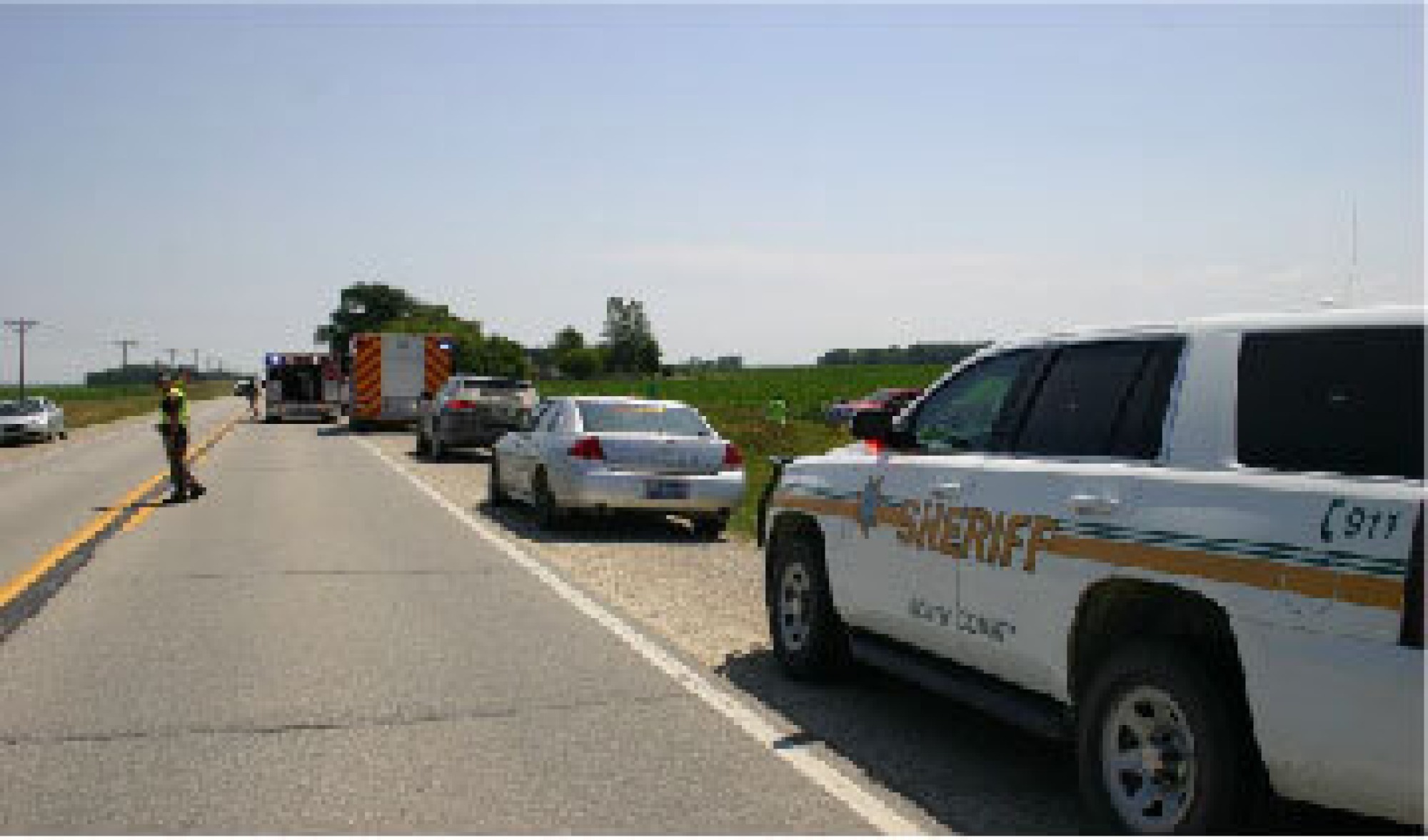 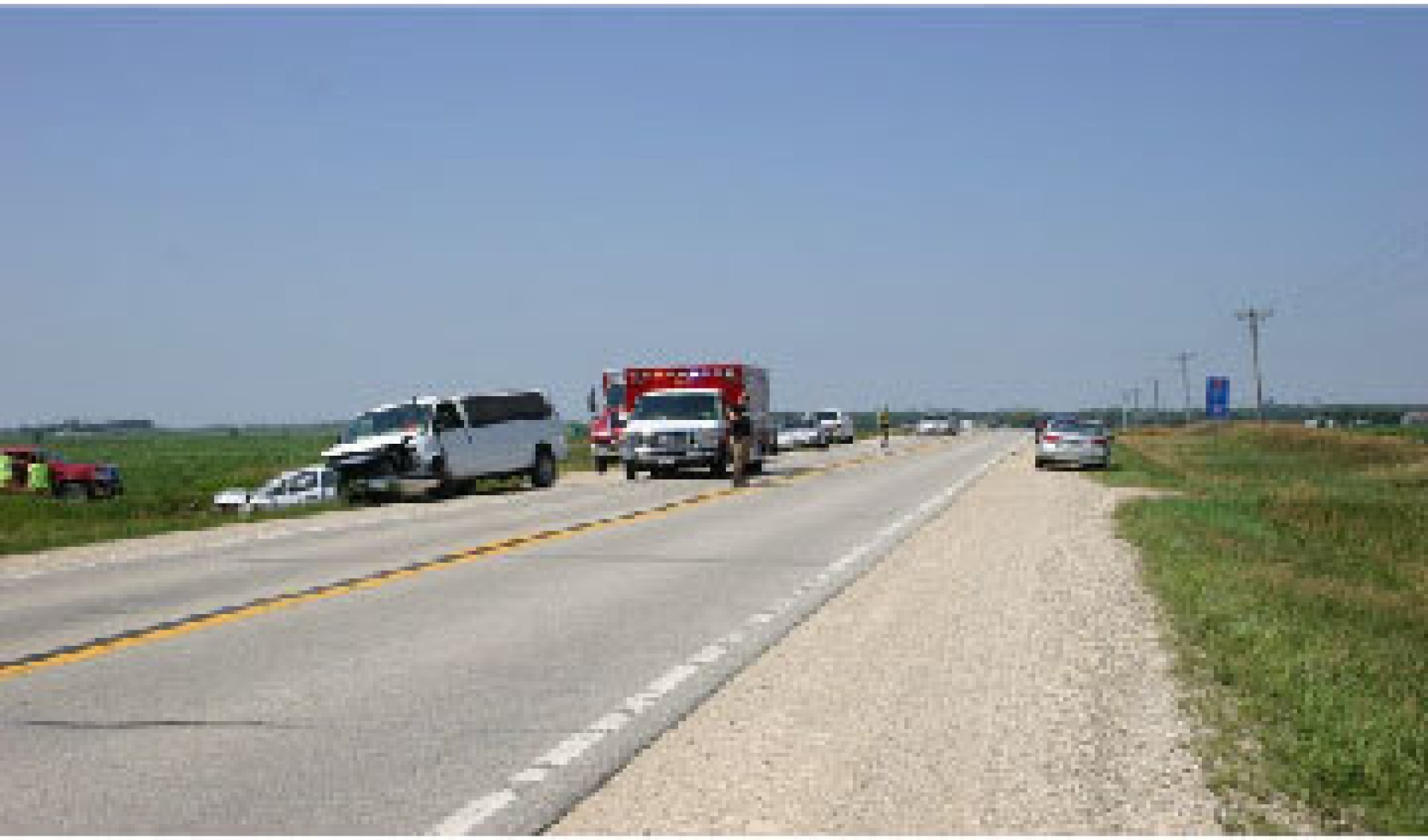 On July 17, 2017, the Worth County Sheriff’s Office responded to a two vehicle accident on Highway 9 east of Raven Ave. A 2015 Nissan Versa was traveling east when a 2017 Chevy Express van was heading west turned left in front of the Nissan. The driver of the Nissan was treated at the scene by Manly Fire and transported to Mercy with non-life threatening injuries. The driver of the van was transported by a Pioneer company vehicle to Mercy as well with non-life threatening injuries. The only persons involved were the two drivers. The driver of the van was cited for failure to yield making a left turn. Iowa State Patrol and Manly Police Dept. also assisted at the scene.