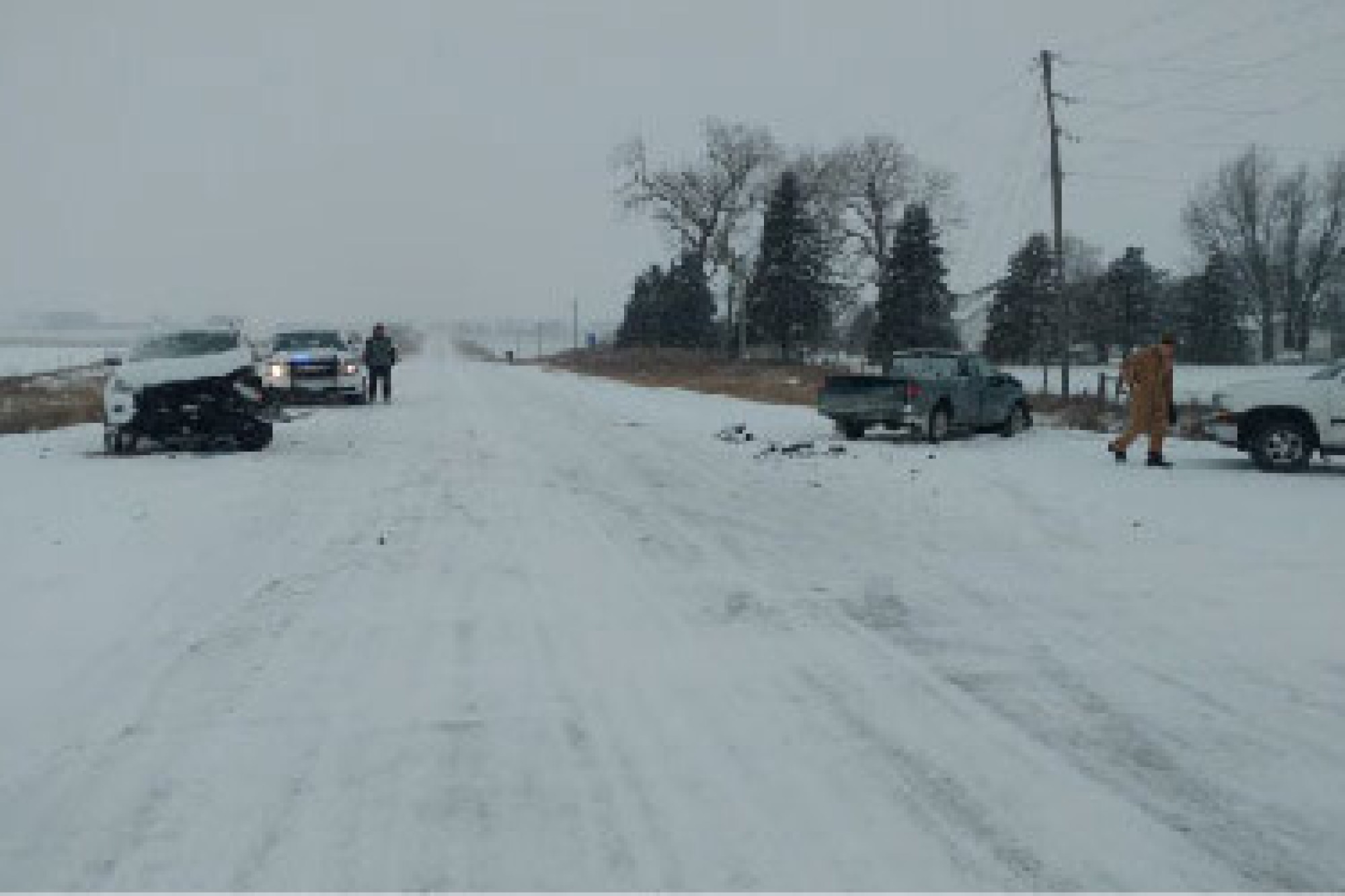 On December 29th 2017 at 1:02 p.m. the Worth County Sheriff’s Office received a 911 call of a 2 vehicle car accident at the intersection of Highway 105 and Thrush Ave. When Deputies arrived on scene it was determined through the investigation that Cindy Seabright the driver of a White 2015 Jeep SUV traveling eastbound on Highway 105 was stopped making a left turn onto Thrush Ave. Seabright was waiting for a vehicle traveling west to pass through the intersection when she made her left hand turn. Seabright didn’t see a second vehicle which was being driven by Benjamin Boerjan a Green 1996 Chevy truck behind the first car because of the snow cloud the first car was kicking up due to the recent snow fall. There were only minor injuries reported at the time of the accident. Seabright was cited for failing to yield upon left turn. All subjects are innocent until proven guilty in a court of law.