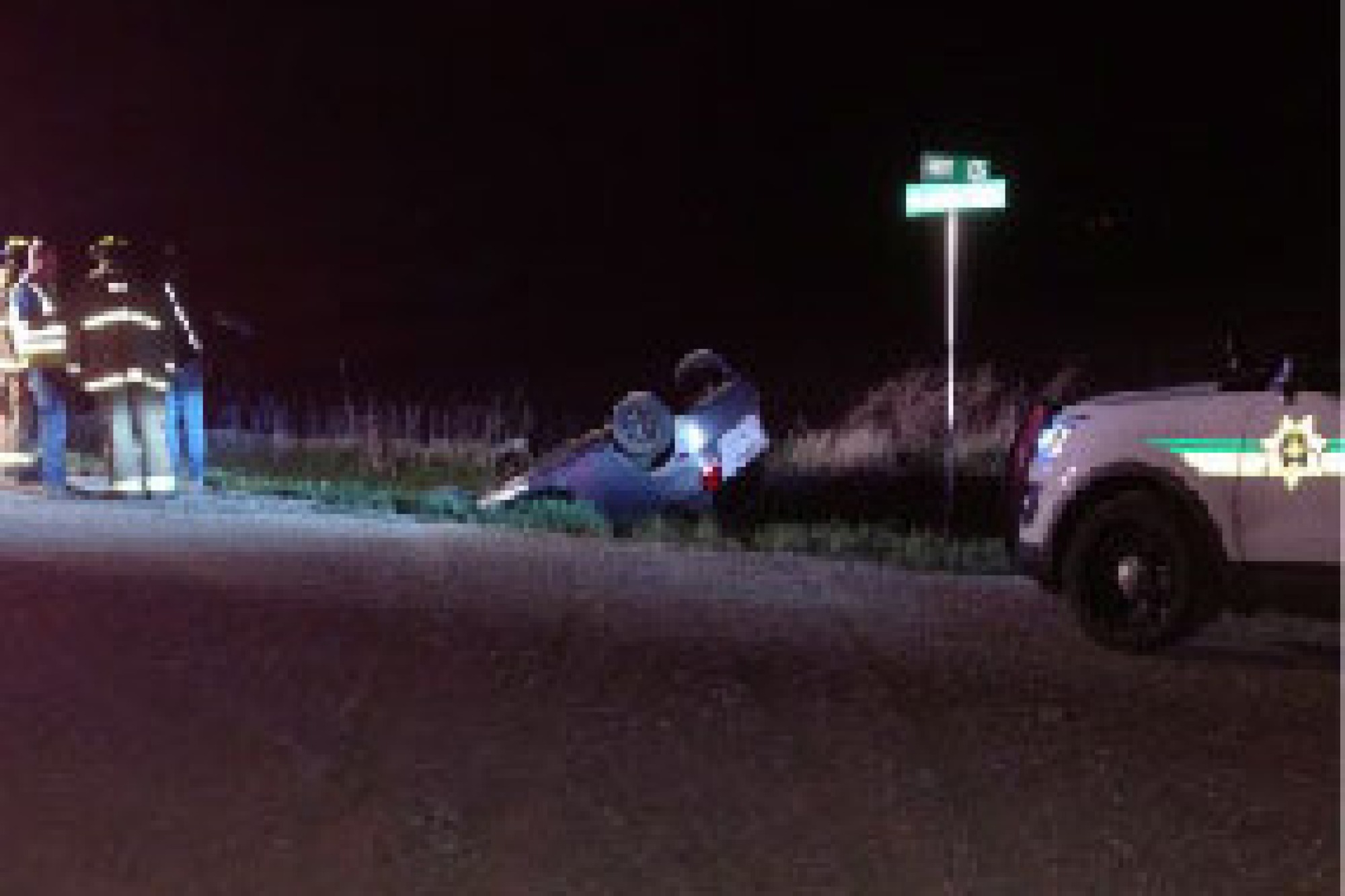 On May 18, 2018 at approximately 9:10 pm the Worth County Sheriff’s Office received a 911 call for a one vehicle rollover at Highway 105 and Grouse Avenue. When the deputy arrived on scene there was a silver Chevy Aveo on its top in the south west ditch at the intersection of Highway 105 and Grouse Ave. The driver of the Aveo was identified as Jonathan Taylor of Bellwood, Illinois. Taylor was westbound on Highway 105 and turned south onto Grouse Avenue and slid into the ditch and down the embankment causing the vehicle to roll. Taylor was treated at the scene and released. The Worth County Sheriff’s Office was assisted at the scene by Northwood Volunteer Fire and Rescue, Iowa State Patrol and Dicks Towing.