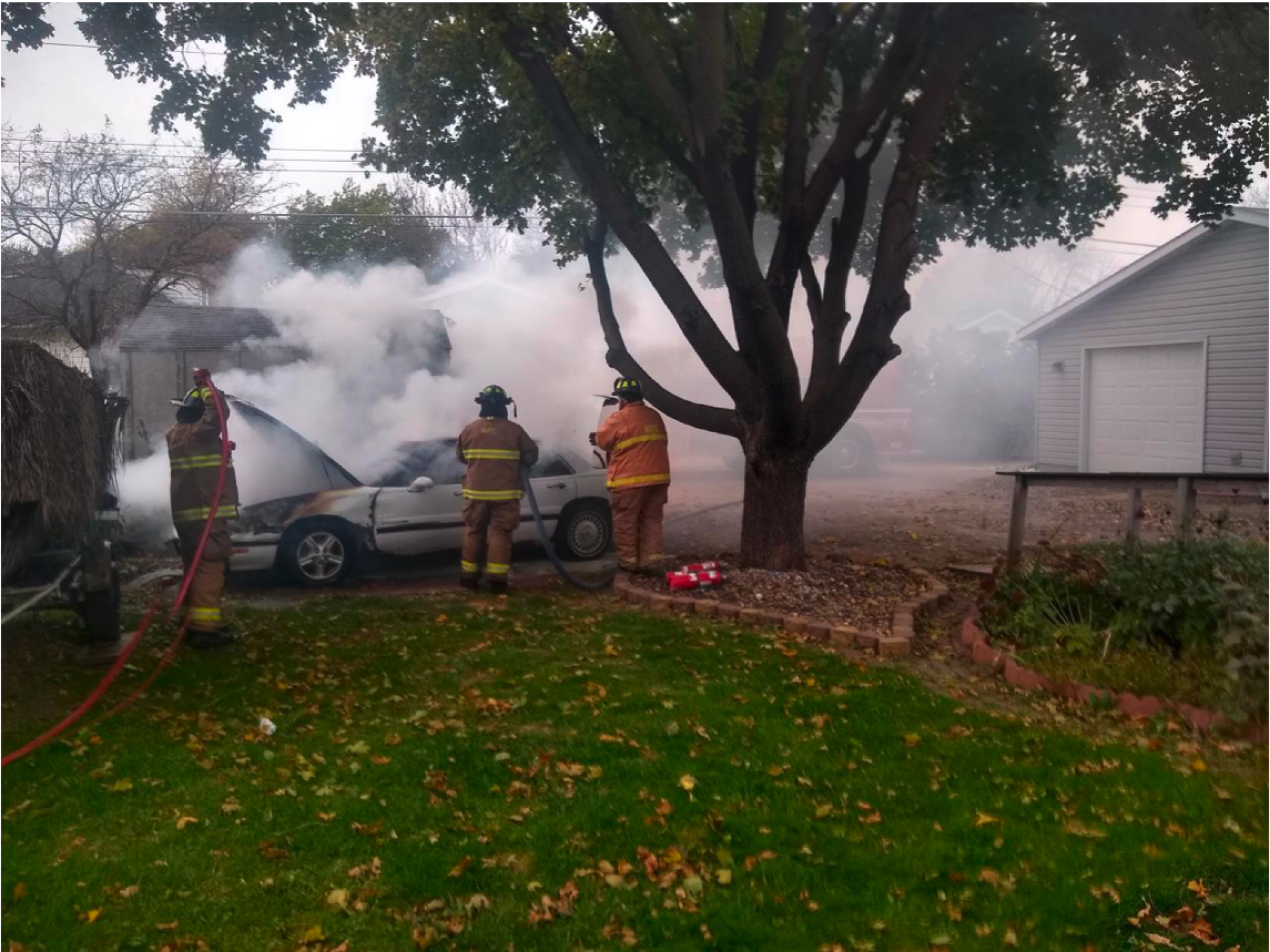 On October 20, 2019 at approximately 1521 hours, the Worth County Sheriff’s Office received a 911 call about a car on fire at 210 8th St N. Deputies arrived on scene at 1523 hours to find the vehicle next to a shed with smoke and some flames coming from under the hood and through the grill area. They used fire extinguishers to attempt to put the fire out until the fire department arrived. The fire was believed to be caused by mechanical issues. The Worth County Sheriff’s Office was assisted by the Northwood Volunteer Fire Department.