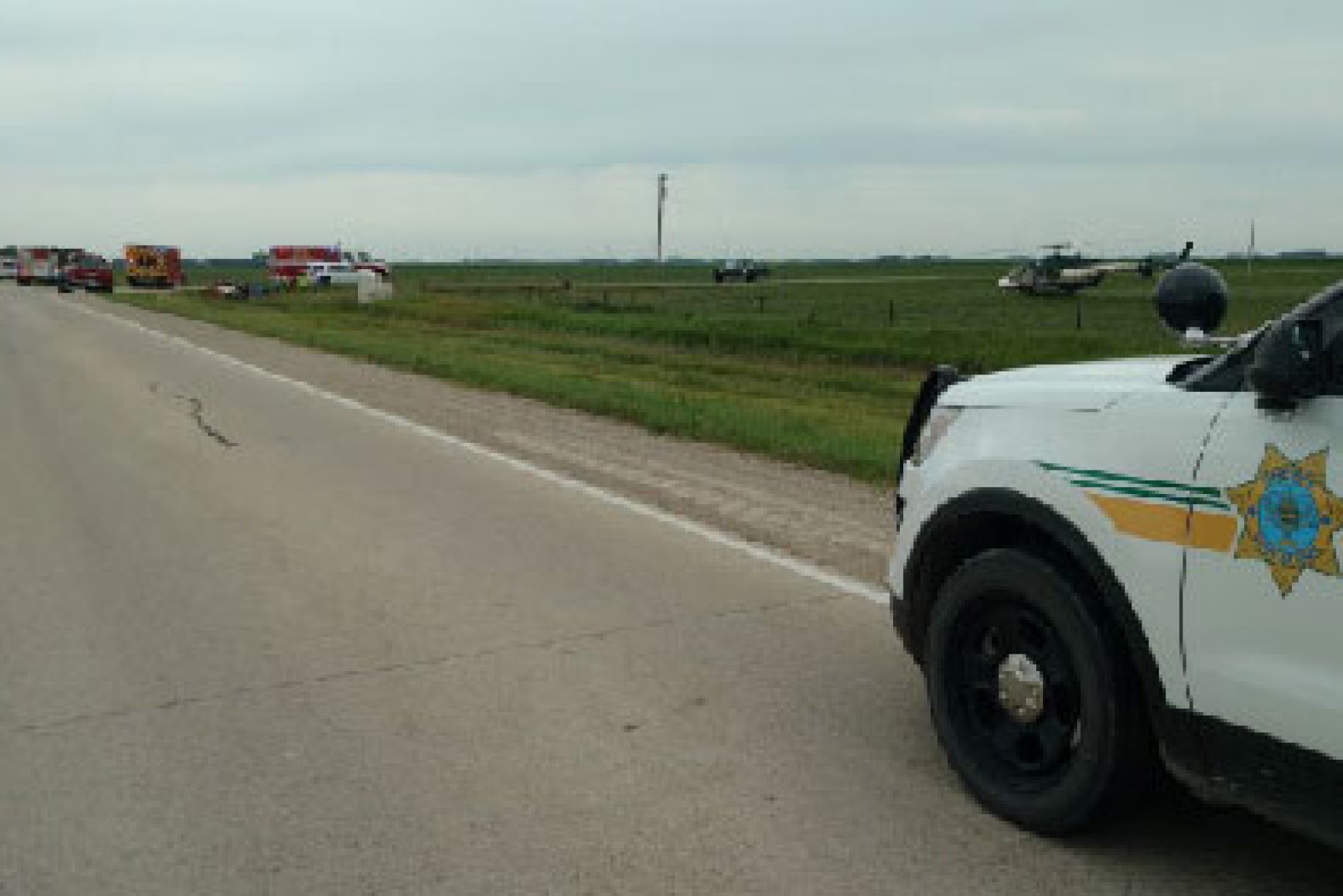 On 7/10/2018, the Worth County Sheriff’s Office received a call stating a Bob Cat skid loader, had gone into the ditch at the intersection of Highway 105 and Pheasant Avenue. The caller also stated the Bob Cat was on its side and the driver was trapped inside. Emergency crews arrived and helped extricate the driver, Mark Haugebak, of rural Northwood. Mercy Air Med transported Haugebak to the hospital. Assisting the Worth County Sheriff’s at the scene was the Northwood Fire Department, Mason City Ambulance, and Mercy Air Med. The accident is still under investigation.